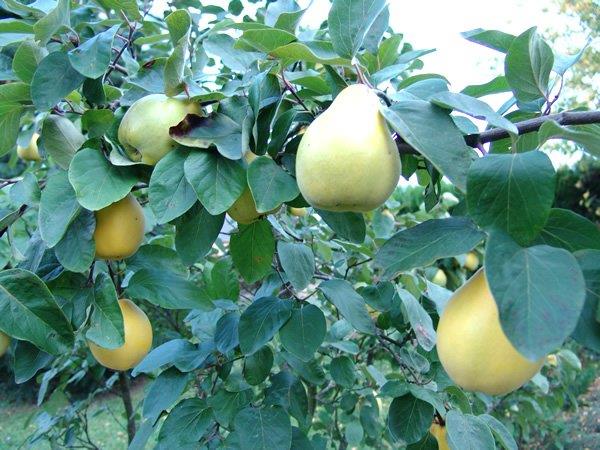 Many plant species, including fruit trees, thrive in Vipava mainly due to the favourable climate. Old fruit varieties, the most common of which are pears, followed by apples, cherries, figs, peaches, plums and apricots, can still be found at some old estates thanks to amateur fruit growers.

Sevka is the only native apple variety in the region of Goriška that is still present in local orchards. In literature from the Austro-Hungarian era it is mentioned as the only local variety that is worth breeding to be sold in the market.

It spread the most throughout Goriška in the first half of the 20th century. The variety became popular due to its beautiful shape, fairly good taste, adaptation to the climate in Goriška and, above all, the durability of the fruits.

It has a full and sweet flavour and does not contain many acids. Its fruits are suitable for fresh consumption, but they work even better in dishes and desserts, and also excellent when baked. The juice squeezed from this variety is very sweet with a rich aroma and an orange-yellow colour. Sevka apples are picked in October, they become mature in December and last in good storage conditions until April.

It is a sweet, autumn fig variety that in the past was mostly dried in the Vipava region. Once dried, they were sold mainly in Carniola as a winter dessert and as a gift on important holidays. It ripened during the grape harvest. It is somewhat smaller than Cvetonka variety.

It is a well-known plum variety that is still present in orchards throughout Slovenia. The origin of the variety is unknown, but it is believed to originate from East Asia. The variety is still a popular option in home orchards. The mass planting of this variety in Goriška unfortunately stopped with the abandonment of the production of a special type of dried plums - prunele. The tree is adaptable to different soil properties, and produces the best fruits in sunny locations, on soil that maintains humidity. The fruit is dark blue to purple in colour, and the inside of the fruit is green-yellow, and orange-yellow when fully ripe. The fruits ripen in September. The domestic plum has very aromatic and sweet fruits, so it has been used to make jam or brandy or for drying since long ago.

Vipavka is a cherry variety that made Goriška famous as a fruit-growing region in the past. During the Austrio-Hungarian era, it was sold in large quantities at city markets in Austria and via Warsaw to Saint Petersburg in Russia. In the majority of literature on fruit-growing from the end of the 19th and beginning of the 20th century, Vipavka is mentioned as one of the highest quality cherries in general in terms of taste, shape and durability for transport. It originates from the Vipava Valley, while the exact location of the origin is not known. It was given the name Vipavka in the Goriška Brda region, while it had other names in the Vipava region in the past. Its synonyms are Bela Vipavka, Navadna cepljenka, Goriška črešnja and Goriziana.

It ripens in the first half or May or in mid-May. It has medium-thick fruits that have a beautiful red colour when fully ripe. The flavour of the fruit is characteristically sweet, with a pleasant aroma. It is difficult to find among the recent varieties a variety that ripens at the same time and has similarly aromatic fruits as Vipavka. Due to its wide distribution, various subspecies have developed as random seedlings in different parts of Goriška.

It is a rootstock of grafted species of plums. The shrub, i.e. small tree is thorny, the fruits are perfectly round, 1-1.5 cm in diameter, of blue, red or yellow colour. The flesh of the fruit sticks to the stone. Cimber is easy to be planted anywhere. You must have passed by some of them when the multitude of its fruits painted yellow and red paintings under the trees. Its flavour is very similar to that of plums. The skin can turn bitter.

The fruits grow on a woody or bushy trunk with smooth brown bark. They are similar to apples, and sometimes also to pears. The quince originates from northern Persia, from where it spread through Greece to Italy and from there to Slovenia. It blossoms at the end of May and June, matures only in October, and ripens in cellars in December.

The mulberry is a deciduous tree native to Asia, where they are used to breed silkworms that feed on the leaves. While there are around a hundred species of this plant in the world, the white and black mulberry are the most common in Slovenia. Mulberries are used in cuisine for jams, juices, desserts and cakes, as well as for ice cream and various sauces. Tea from black mulberry leaves helps against diabetes.

Of course, there are many other old fruit varieties in the Vipava region. If you look for old local fruit varieties, you will certainly find them in the gardens of houses and on old farm estates, and we believe that the best chance at finding them is asking an amateur fruit grower.

You are invited to visit local farms, where they will certainly be very happy to give you many species of fruit to try them.

You can also visit the farmers' market in Vipava every Tuesday, Thursday and Saturday between 8 a.m. and noon - the friendly ladies have something picked for each of you, as you can choose from a variety of local produce and delicacies.

The springs of the River Vipava