Church of St. Stephen in Vipava 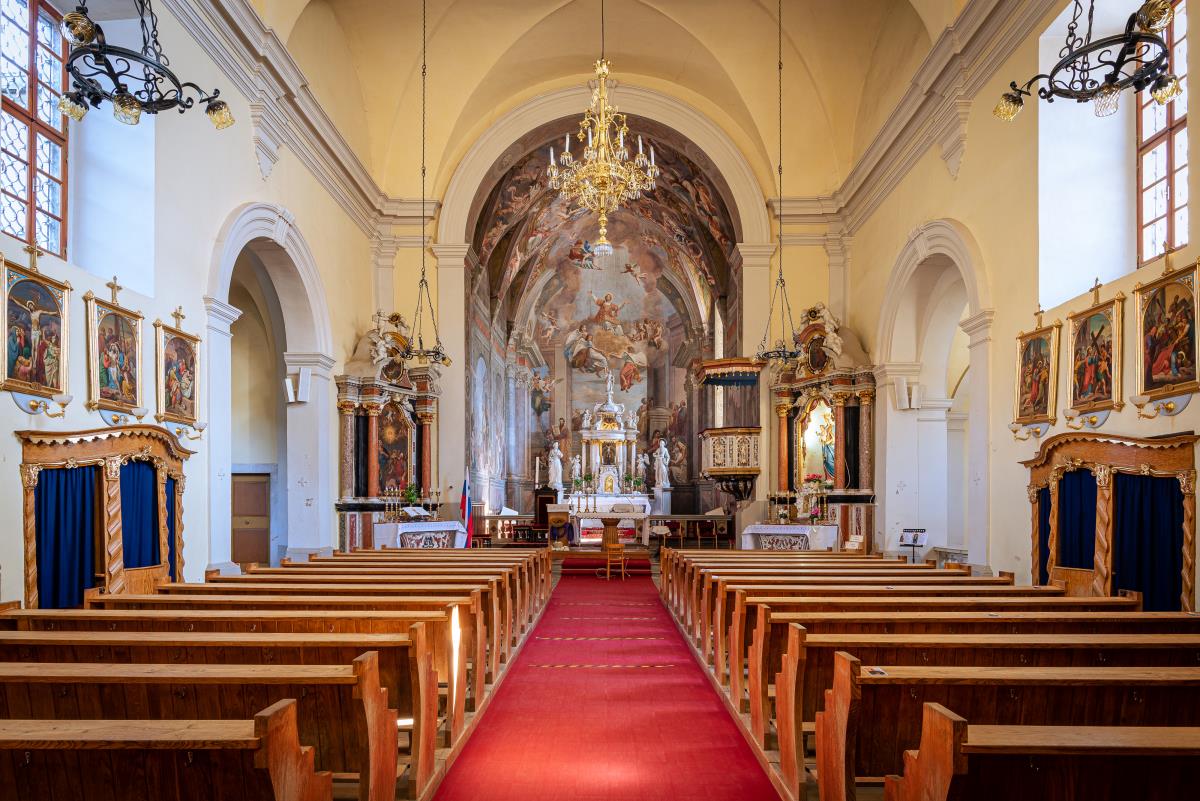 The parish church of St. Stephen dates between 1460 and 1465. It is an exceptional type of building, as it features a rectangular nave and a long two-bay choir walled on five of eight sides, surrounded by five two-arched buttresses. Preserved from the original medieval church from around 1460-65 are the presbytery and parts of the nave walls. The church was built almost completely anew in 1556 (as stated on the side portals).

An independent tower, visible in Valvasor's depiction of Vipava from 1679, was probably built at that time on its south-western side. It was modified into a bell tower in the 18th century and topped with an onion dome. What points to its defensive function in the 16th century is the sloping fortified base, similar to the defensive towers of the surrounding manor houses at the time. The church was extended to the west between 1679 and 1750, so now it touches bell tower; it was also renovated in the Baroque style at that time.

The presbytery is fully covered in frescoes, which were made in two phases: the arch frescoes, attributed to Franc Jelovšek, are dated 1737 and 1738, according to archival documents, and the frescoes on the walls and lunettes are the work of Janez Wolf from 1876 and 1877. On the walls there are paintings of columns of colossal order, among which there are scenes from the biblical story of St. Stephen. Most of the portrayed protagonists have the facial features of the painter's contemporaries. On the vault there are Jelovšek's frescoes from 1752 painted in three stucco frames - the Fathers of the Church, the Assumption of Mary with the Coronation and the Four Evangelists, from west to east. The large white marble tabernacle altar of St. Stephen is a classicist work by the Gorizia sculptor Giambattista Zipperl, installed in 1795. There is a relief of the Stoning of St. Stephen on the antependium of the altar table.

The altar paintings - the Apostles Venerate the Name of Jesus and God the Father (in the attic) are attributed to the Venetian painter Francesco Pittoni. The silver altar of St. Barbara in the north chapel, made of black and white marble, was installed in the mid-18th century. The altar niche features a painting of St. Barbara, the work by Francesco Anton Nierenberger from 1775.