Seven manors and castles in Vipava 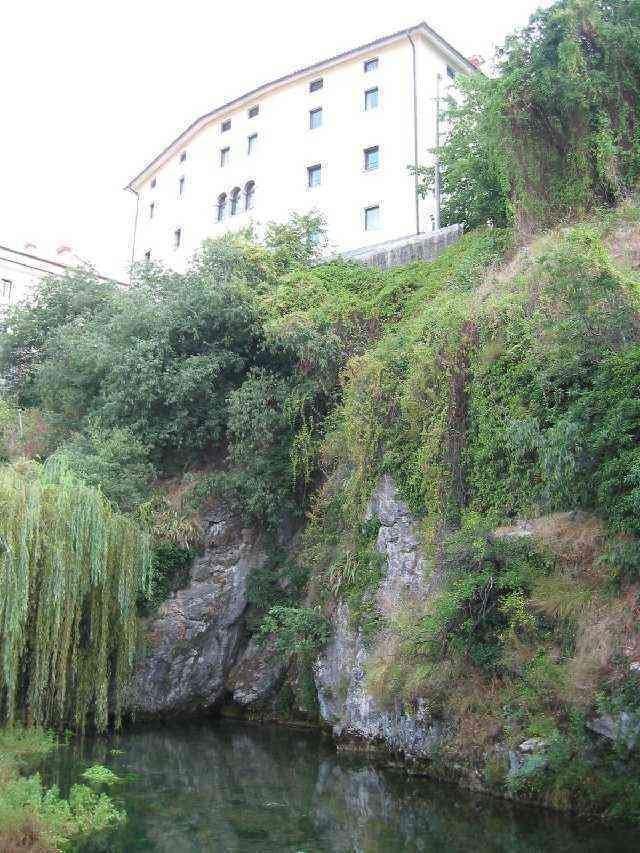 In addition to its natural wonders, the Vipava Valley is also known as a valley of manors and castles. Vipava appears in written sources for the first time in 1154, when the Bogen ministerialis Wulfing de Wippach is mentioned. The first residents of Vipava were Celts. This is where its name comes from - the word Vipava stems from two Celtic words: "wip" (this words means valley, landscape) and "ach" (rock, stone), what could be translated from the Celtic language as "a valley under the rocks". Castles and manors used to be scattered across the entire valley. Some of them still stand today and tell their stories. Inviting you today to the renovated castle premises are completely new castle stories.

Anyone who is interested in this kind of history will get what they came for in Vipava. Everybody else will enjoy it too, because in addition to the historical heritage, Vipava offers many natural wonders. Everybody can find something interesting here. We present to you below 7 manors and castles that are well worth mentioning.

The Lower Castle stands above the spring of the Vipava River called Podfarovž. Like the Old (Upper) Castle, it was most probably built in the 12th century. After 1269, the Lower Castle and the associated estate became the property of the Patriarch of Aquileia, and in the 14th century it was claimed several times by the Counts of Gorizia; it was also owned by them in 1500, when it was inherited by the Habsburgs. In the second half of the 15th century, the fief was run by the Counts of Thurn, and at the end of the 15th century it was probably further fortified against Turkish raids; in 1528, the combined estate of the upper and lower castles passed into ownership of barons of Lanthieri. Probably in the second half of the 16th century they thoroughly modified the Lower Castle into a single building, which was the main seat of the family around 1659, and then built a new, more comfortable and luxurious mansion on today's Main Square. The Lower Castle is said to have become the property of the Krka diocese around 1700, and after reforms by Joseph II it became a parish. A seminary was built next to it around the mid-19th century. After 1950, it was renovated for the needs of the seminary. The building built on a bedrock, is of irregular shape,  as it adapts to the diverse terrain.

Since 2001 the Lower castle has housed the dormitory of the Diocesan Gymnasium Vipava.

The castle, standing on the slope of Nanos above Vipava that was settled already in prehistoric times, was built around 1100 by the Counts of Bogen. It is also called the Upper Castle. The castle was run by various families, including Baron Herberstein. This is where Sigismund von Herberstein, a renowned Habsburg diplomat and imperial envoy in Russia, was born in 1486 and spent his childhood. The castle was walled up in the restless 15th century, when the Vipava Valley was threatened by Turkish invasions. In 1528, it was acquired by the Counts of Lanthieri, who lived in the lower castle and abandoned the hard-to-access upper castle at the end of the 16th century. Now only ruins remain on the slope.

It takes 20 minutes to climb to the castle from the Central Square in Vipava. There is a magnificent view of Vipava and surroundings from the top.

Sources mention Slap for the first time in 1215. Around 1220, there was a command of the Sovereign Military Order of Malta with a hospice there, on whose foundations a church and a mansion are said to have been built.

Lanthieri Mansion - the building complex stands next to the parish church and the central square at the top of the village. The land estate probably developed from a manor house under the Zwegkhenburg family in the last quarter of the 17th century and soon after 1691 became the property of the Flachenfeld family. The estate constantly changed hands. In 1873 the estate came into the possession of the Counts of Lanthieri from Vipava; in 1873 they donated it for a winemaking and fruit growing school. A plaque above the entrance bears the following inscription: "Noble Mr Karel Lanthieri donates this castle and the associated land free of charge to the province of Carniola for a winemaking and fruit growing school. On 18 September 1873, the school opened, and on 30 September 1886, after thirteen years of fruitful activity, it closed and was relocated to Lower Carniola". After the school closed, the mansion again became ownership of the Lanthieri, but was sold before the Second World War.

The building complex is partially dug into the hill above the village, it is surrounded by vineyards at its foot, and the forest stretches behind it. It is said that an unfortified medieval palace, built by the Counts of Bogen, stood there as early as in the 12th century, and was home to the Leitenburg ministeriales, after whom the place was named. At the beginning of the 13th century, the estate was inherited by the Counts of Andechs, and after 1228 it became the property of the Patriarchs of Aquileia. In 1351 they left it to the Habsburgs, who in 1399 granted it to the Lords of Walsee. In 1472 the estate became the property of the provincial prince, and in the second half of the 16th century it was first leased, and then owned by the Cobenzl family. The current mansion was commissioned in 1675 by Janez Filip Cobenzl. There was also a chapel of the Passion of Jesus in the main building. After the extinction of the family in 1810, the estate was inherited by Count Michael Coronini and sold in 1822 to the physician Jožef Mayer. The mansion was owned by the Mayer family until the Second World War II, after which it was nationalised and served for family housing and other activities; for a short time it housed an agricultural school (until 1962).

Residents of the village of Lože hosted the first celebration of St. Martin's Day in the castle cellar that featured a top gastronomic offering.

A small mansion at the eastern end of the village of Podnanos stands along the road leading to Orehovica. The mansion is said to have served as a manor house of the Bistra Carthusian Monastery as early as the 15th century. After the dissolution of the monastery in 1782, it became a hunting lodge of the noble family Porcia of Senožeče. Around 1880, the mansion was owned by the Tavčar family, and at the beginning of the 20th century by the Zajec family, after whom it was named; they turned the building into an inn and added a kitchen to the south side for this purpose. The road to Orehovica split the courtyard in two and the commercial buildings and the garden remained on the other side. On the north side there is a walled courtyard - leading to the courtyard from the western side is an arched rustic stone portal with a keystone with the engraved year 1718.

The history of the villa in Zemono remains shrouded in mystery. The building had the following functions: originally it was a wine cellar and later a place for entertainment - it was only one of the buildings of Vipava Mansion, and never the seat of the feudal estate. The Counts of Lanthieri had it rebuild in nearby Vipava in the middle of the 17th century. The year 1683 is most often mentioned in literature as the year of construction of Villa Belvedere, including by Helena Friderika Karolina Lanthieri in the family chronicle (1865-1960). In terms of form and function, the building has a special place in the architectural heritage of Slovenia, as it is a unique example of a late Renaissance suburban villa or mansion. The walls of the hall are painted with marble architecture and with various framed historical scenes and motifs. The large fields are painted with idyllic vedutas that, with images of fictional mills, castles and villas, may speak about the many family estates. Today, the painted illusionist architecture of the wedding hall gives the impression of a garden pavilion that opens up views of the large garden with caves, fountains, pavilions and beautifully landscaped flower beds.

It now houses the top-level Gostilna pri Lojzetu restaurant that is managed by the fourth generation of the same family. The kitchen is run by master chef Tomaž Kavčič. More information is available on the restaurant's website: https://prilojzetu.si/

The beautiful Baroque mansion built by the Counts of Lanthieri in 1659 stands right in the Central Square. It was a major administrative, cultural and social centre of the upper Vipava Valley for several centuries. Due to the excellent location along a major transport link, comfort, a beautiful park and hospitality, the manor hosted many important personalities in the 17th and 18th centuries, including rulers and famous artists such as Venetian comediographer Carlo Goldoni. After 1991, the complex was taken over by the Municipality of Vipava. The residential building of Lanthieri Mansion was renovated at the end of 2012. Since the beginning of 2013, it has housed the Nova Gorica College of Winemaking and Viticulture.

You can visit the interior of Lanthieri Mansion with a local guide. Guided trips around Vipava are organised in the summer every Monday and Wednesday at 5 p.m., and every Friday at 1 p.m. Welcome.

You can also learn a lot about the historical heritage of Vipava on our website Izvirna Vipavska. There you can also find a lot of ideas for trips to our area.

We also invite you to visit us at the Vipava Tourist Information Centre, where we will introduce ourselves and advise you on what you can see here.

The filial Church of the Holy Trinity in Pasji Rep

Relief of a horse-drawn carriage in Bela

Following the footsteps of history